Skip to content
Continue shopping
Orders placed today will be delivered on Saturday 02/18 and Tuesday 02/21. FREE DELIVERY on orders over $39.

Curry in a Hurry. 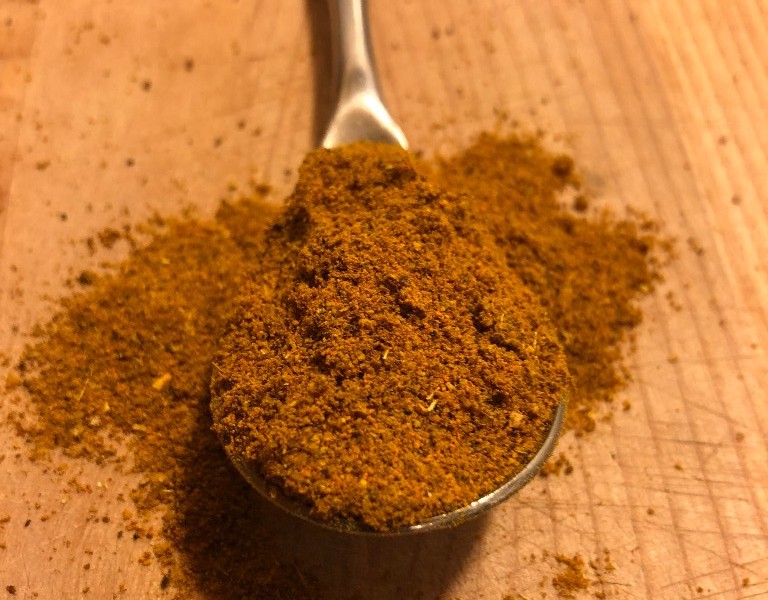 We brought you a warm Curry Spice in this week's share with incredible Chicken from Tad at Feather Brook Farm and Sweet Potatoes from Luke at Brookford, to dust off the winter weather blaaahs.

We went back to Claire at Curio Spice for the second week in a row asking for her Jedi Spice Mind Tricks. She sent us away with the Comfort Curry and we can't stop eating it; in soups, on veggies, coating almost any meat or fish. But (Spoiler Alert) Curry Powder is not actually an Indian Spice:

"Curry powder can be a lot of different things. Actually, that’s exactly what it is: curry powder is a combination of a bunch of spices. It can range from five ingredients to more than 10, and it can include spices such as: cumin, coriander, turmeric, ginger, dry mustard, fenugreek and black pepper.

The idea of "curry powder" . (It resembles the North Indian spice mix garam masala, but it isn’t a spice mix most Indian cooks would recognize.) British manufacturers came up with curry powder in an attempt to create a ready-made flavor that could recreate the flavors of South India that British colonists came to love.

In fact, the term curry for Indian cooking is also British in origin ― they lumped all the savory, spiced Indian dishes into one category called curries. You can't go to India and order "a curry" ― it just doesn’t exist. There are several possibilities for where the word British word “curry” comes from, one being that it was derived from the word Kari, which is the word for sauce in Tamil, a South Indian language. "

This spice has a complicated origin story.  It's not quite the authentic Indian spice mix that most of us might think it is, but it is incredibly versatile and delicious.

WHAT'S IN THE BAG?

Chicken and Sweet Potato Stew: This recipe says that the secret ingredient is smoked paprika. We say you one up them and go for the curry.

Chicken and Sweet Potato Curry: Ok, we know we just said that Curry is a dish that doesn't actually exist in India, but that doesn't mean it isn't super delicious. You will need some add-ons here, like coconut milk and lentils but it is worth it to have something awesome and enviable for lunches all week.

BBQ Chicken, Sweet Potato Bowls: Sub in the Brussels Sprouts for the Broccoli, or use both if you're feeling like a Boss.

Brussels Sprouts and Pear Salad: Over the summer we were pushing the idea of raw shaved Brussels Sprouts pretty aggressively - and why not? They're delicious. We're back to bug you again because we still have these beautiful sprouts and we are totally willing to pretend its summer.

Holla at my Pescatarians:
Pan Fried Mackerel Filets: These little guys are so darn easy to cook. Heat a pan and in three minutes they are Ready to Go. For something slightly fancier, go with Roasted Garlic and Paprika (sub in the Curry!)

Cod Cheeks: Yes, they are actually the cheeks from a Cod and Good Golly are they delicious. They are sweet little cut of fish that you can pan fry in butter with your favorite spices or cook up as you would a scallop. They are a delicacy of the fish, and we're amazed Tim didn't steal them all from your shares. He loves 'em.