Skip to content
Continue shopping
Orders placed today will be delivered on Saturday 02/11 and Tuesday 02/14. FREE DELIVERY on orders over $39. 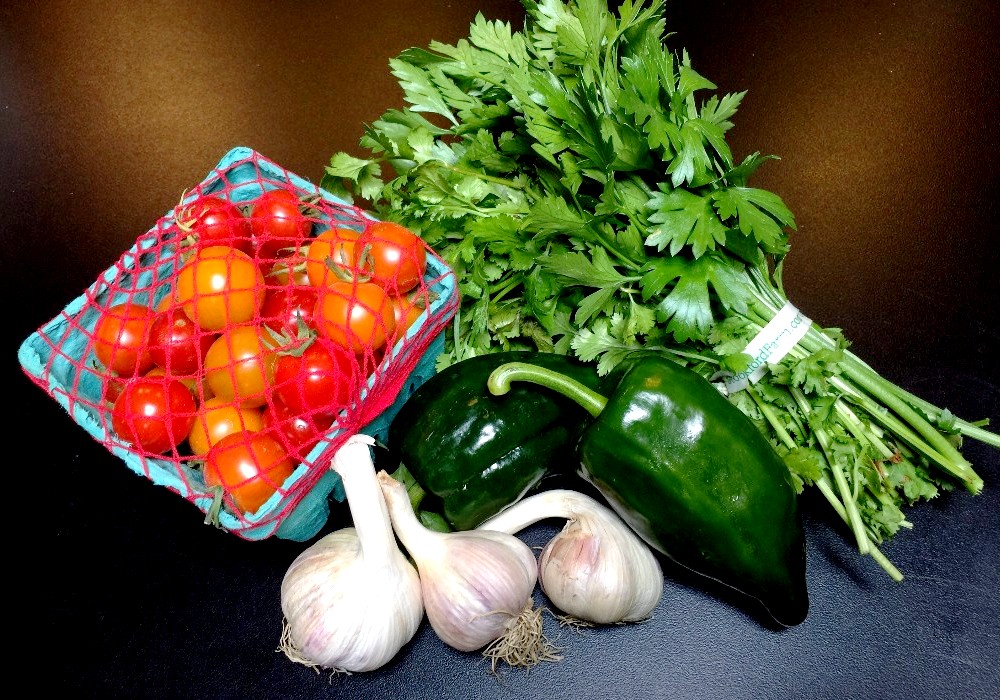 This week we are highlighting some beautiful Organic Poblano Peppers from Brookford Farm. These peppers may look scary for those who don't love heat, conjuring up memories of the time you ate a Ghost Pepper chicken wing at your cousin's BBQ and nearly died. But you don't have to worry - poblanos are mild and versatile given their relative low Scoville Unit Measurement and can be approached without trepidation.

What the hell is a Scoville? (Nerd Alert)
According to Wikipedia: "The Scoville scale is a measurement of pungency (spicy heat) of chili peppers- or other spicy foods, as reported in Scoville heat units (SHU), a function of capsaicin concentration. Capsaicin is one of many related active components found in chili peppers, collectively called capsaicinoids. The scale is named after its creator, American pharmacist Wilbur Scoville. His method, devised in 1912, is known as the Scoville Organoleptic Test."

If you want the heat off a pepper but much less of the relative burn, remove the seeds and the ribs before cooking.  They pair amazingly with the rich sirloins from this week and we have included a few ideas below.

Poblano and Onion Sautee: A simple and quick treatment for your peppers that goes beautifully with the sirloin. Extra can be used on brunch eggs, in salads or in any grilled sandwich.

Stuffed Peppers:  A great make ahead meal to enjoy all week and make your co-workers hate their store-bought salad. This calls for queso fresco, which is cheap and easy to find. If you don't have time to venture out you can sub in cheddar or another hard cheese. Or omit it all together.

Chimichurri Sauce: This is an Argentinian condiment that is stellar with steak. The Parsley and Cilantro from Brookford Farm and Garlic from Siena get you most of the way there. Epicurious calls for a dash of cumin, but you can skip that and the red pepper flakes. We like to add a touch more raw garlic for even more bite.

Poblano Pepper Pesto: YES. This works on your steak, on chicken or tossed sparingly with pasta and a touch of cream. Yum.

TIPS AND TRICKS
This week's tip is recycled from past weeks.  There is a relatively large fat cap on your sirloin steaks.  You can trim this before cooking and render it in the pan as cooking fat with some butter before you cook your steak.  When you cook your sirloin steak, we recommend using a meat thermometer (or sous vide) machine to get your steak to just the right internal temperature.  Here's a great recipe for cooking those beautiful sirloin steaks on your stove top.  Enjoy!